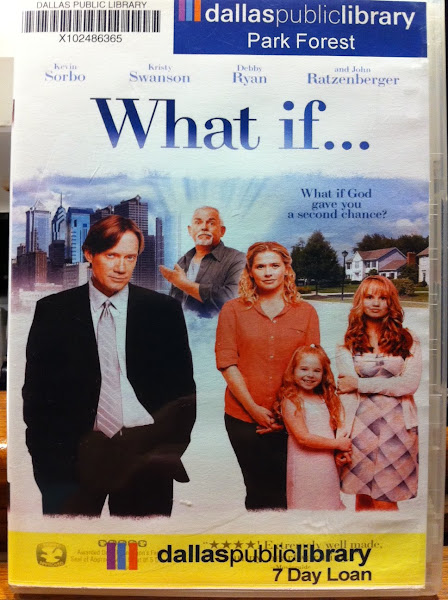 
My Take:
Kevin Walker walked out on his girlfriend fifteen years ago and became a successful businessman. Wendy and Ben was supposed to get married and get into ministry together. Instead, he's got a high-paying job, and a trophy fiancee. Then an Angel showed him what he was missing if he had stayed around and become the minister he planned to be.

Yes, what if movies has been done before. The highly entertaining Family Man with Nicholas Cage comes to mind. However, this one is different. It's got this underlying goodness that comes through the movie like an aroma wafting out of an over baking a bread. Yet, it's not in-your-teeth-preachy like Keanu Reeves The Day The Earth Stood Still.

I recommend watching this movie. Why I rated it 4? Because there was just something that I wanted and didn't quite get. Otherwise, this movie is entertaining.
Posted by Shoshana at 7:48 AM