Two wonderful historical author grace my blog today. I asked both author two questions. These are very talented authors, and I'm very honored to feature then on my blog. Leave a comment, tweet the contest and post on Facebook. There will be two winners of these two books featured here. Contest open to US and Canada. Winners will be announced on December 8. 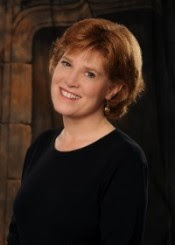 Ø When you're not writing about luscious hanky men, how do you occupy your time?


Writing takes up most of my time! When I can, I love to read, watch movies, hike, and travel. I was very fortunate to be able to take an amazing trip to Scotland and visit many of the places that are in THE SINNER and the other books in THE RETURN OF THE HIGHLANDERS.

Ø What processes are involved when you conceive a book?

Because I write adventurous historicals, one thing I do is look for a period with a lot of conflict. For this series, I found exactly what I wanted in the year 1513, in the wake of the Scots’ disastrous loss to Henry VIII’s forces at the Battle of Flodden. With that historical backdrop, I could have my four Highland heroes return from France to find their king and chieftain dead, a rebellion brewing, factions fighting for control of the crown, and their clan in grave danger. What fun!


The next thing I had to do was decide on a clan for my Highland heroes. When I discovered that the first chieftain of the MacDonalds of Sleat had six sons by six different women and that the animosity among the six sons led to two generations of murder, I knew I had found my clan. J The hero and heroine and their romantic conflict are the heart of each book. Because all four heroes in this series appear in the first book, I already knew that Alex, the hero of THE SINNER, was a charming rogue dead set against being married. Naturally, I paired him up with a serious-minded heroine who is every bit as opposed to marriage, particularly to a known philanderer like him. 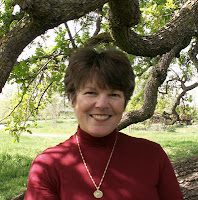 Ø Did you always wanted to write?

Not to write, necessarily, but I’ve told stories since I first began talking. I was the oldest of four kids and second oldest of a host of grandchildren (the oldest one being male), and that made me everyone’s babysitter of choice. I made up hundreds of stories in those days to entertain the younger children. We spent a lot of time on my grandparents’ ranch in northwestern California and at their cabin in the High Sierras. Neither place had TV, so we spent most of our time outside, playing games, and I made up many of them on the fly, although the others always added their ideas and fought to play their favorite roles. The lawyers in my family are all courtroom lawyers. If you stop and think about that, you’ll realize that they are all creative types, too, creating images and likely scenarios for juries. I’ve always liked to writer. However, I never expected to become “a writer.” The first chapter of my newest book, Highland Hero [Forever, Oct 2011] is posted on my website: www.amandascottauthor.com. If readers have questions or comments, they will also find a link there to my email, which is amandascott@att.net. I love to hear from readers, have learned a great deal from them, and I answer all messages.

Ø How did you get started and how long was it before your first book was published?

My husband was in the Air Force, a targets officer for the Strategic Air Command on America’s airborne command post, known as “Looking Glass” or “Doomsday Plane.” One of them was in the air 24/7 at that time. His job meant that he was ‘on alert’ for 2 or 3 days at a time, so to entertain themselves during their off-time on alert, the guys played poker. He is very good at poker. Meantime, I’d be home alone in our one-streetlight town near Omaha, reading my way through our tiny library and throwing books across the room because the authors had done so little historical research. He saw me do that one day and asked me why. I said, “I could do better than that myself.” He asked me if I’d like to write, and I realized then that I would, very much. I had already researched and written the text for the photo-essay book Omaha City Architecture, and I’d played with an idea for a historical novel since college, and even written some scenes. That weekend, he asked me if I REALLY wanted to write. When I said yes, he took me to the famous Nebraska Furniture Mart, chose a spectacularly beautiful leather-topped desk despite my insistence that it was far too expensive, had me ‘try on’ chairs and try out lamps until I found ones I liked, and then bought me the whole setup with his poker winnings and told me to get to it. NOT to have at least tried to write a book after that would have been a betrayal of the highest order. So I wrote The Fugitive Heiress and sent it to an agent, who sent it to an editor at Signet, who bought it. It took about two months from agent to editor to sale and a year for production before the book was on the shelves. That was 58 books ago. I’ve sold every manuscript I’ve written.

Good luck and have fun!
Posted by Shoshana at 9:00 AM