Research Again Or Not

I could talk about the rain. I certainly have a lot of those today.  But it has cleared for now.  I could talk about the migrating birds, but they have gone on to another people's yard and perching on somebody's trees. Besides there's no letter "r" in that, except for in the middle of the word, "bird."  This is Alphabet Thursday, and my late post should really contain the correct letter.

I could also talk about my blooming red roses, but I feel like I don't deserve to brag about it.  I haven't watered them in years! Three to be exact, but they keep growing, although not as prosperous as some roses which has been watered.


What I have plenty of is a mountain of researched cases I need to mold and shape into a coherent and hopefully another A-grade trial brief.  But picture of printed researched cases are so boring.  I have an outline, but I haven't ready organized it.  I am going to do that right after I post this one.  Instead, I am going to talk about my baby. My fifth child. He turned seven today.  He loves red and green.  Most of his shirts that he picked for himself are either red or green.  Here he is a week ago when we tried out the new Burger King down the street. 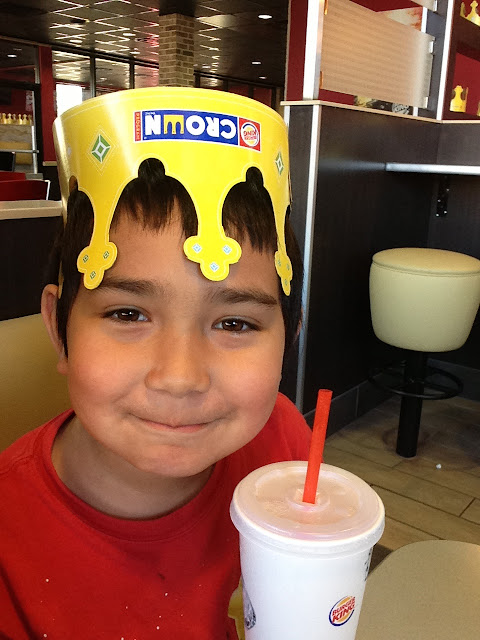