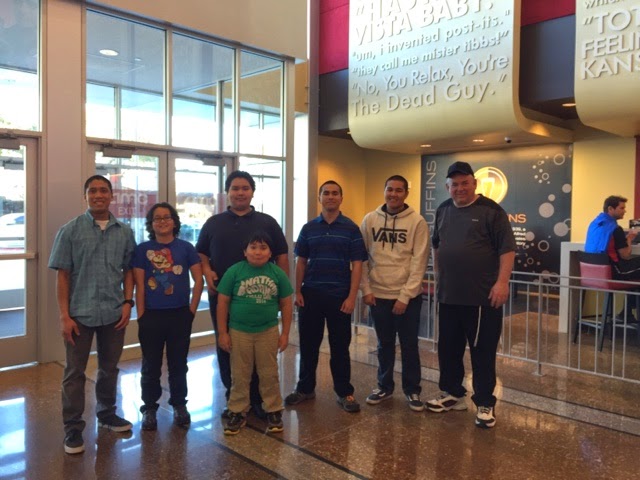 Saw movie with all my boys with Gil and Winston.  Chana went with Bubbie to see the Impresionist Exhibit at Kimbell Museum in Forth Worth. 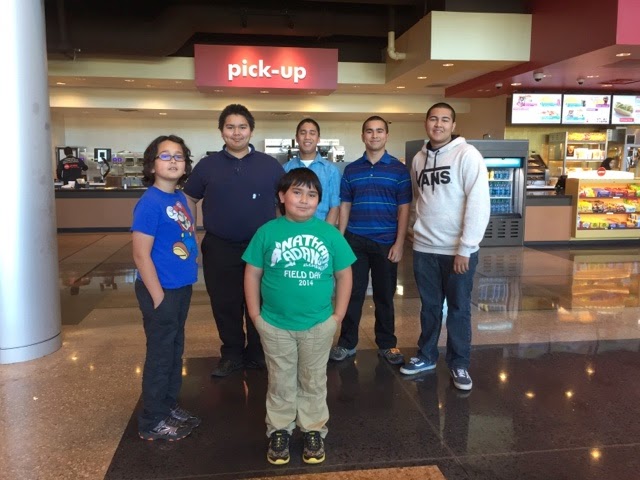 Posted by Shoshana at 5:07 PM No comments:

It is a Hannah book, so I was expecting a lot of emotions.  This book did not disappoint.  Many times, I get all choked up just vicariously experiencing the heartbreak.

I find it extremely disturbing and annoying that Betsy is ashamed of her mother for being in the military, a helicopter pilot.  She is twelve, and perhaps, that is normal, too.  I do not know. I just cannot imaging saying the things she said to her mother.  She is a brat.  Or, I am just really lucky to have such nice kids.  They let me know their displeasure, my kids, but they would say it up front and we talk about it.  Maybe my kids have a different view, but I just know they are not as bratty as Betsy.

Lulu is different.  She is where I feel the most heartbreak.  I was about her age when my father started working in Saudi Arabia.  I only see him for 45 days every 12 months.  I did not quite understand it, but only that he had to do it.  I have many nice things - nicer than any of my friends, but I do not have a Dad except for those 45 days every 12 months.

Incidentally, I just talked to my father last night. He lives in the Philippines.  He asked me for money. I sent him some.  I feel a little ashamed that he should have to ask.  However, he is a little bit attached to treasure-hunting.  It has been 23 years, and this group he hangs out with has a tight hold on him.  I do not understand the deal, but it sounds so much like swindling people out of their money. Or something like that.  Nothing ever came out of it.  Now, I remember why I do not send big amount of money.  I just know it ends up with this horrible people he hangs out with.  But my brother-in-law mentioned that perhaps, I should still send him his allowance.  He can do whatever with it.  I just wish I have a little different relationship with my Dad.

Wow. That was a detour.  I just really wanted to say that I enjoyed the book very much. It is well-written.

About the Book (link):


In her bestselling novels Kristin Hannah has plumbed the depths of friendship, the loyalty of sisters, and the secrets mothers keep. Now, in her most emotionally powerful story yet, she explores the intimate landscape of a troubled marriage--with this provocative and timely portrait of a husband and wife, in love and at war.

All marriages have a breaking point. All families have wounds. All wars have a cost…

Like many couples, Michael and Jolene have to face the pressures of everyday life—children, careers, bills, chores—even as their twelve year marriage is falling apart. Then an unexpected deployment sends Jolene deep into harm’s way and leaves defense attorney Michael at home, unaccustomed to being a single parent to their two girls. As a mother, it agonizes Jolene to leave her family, but as a soldier she has always understood the true meaning of duty. In her letters home, she paints a rose-colored version of her life on the front lines, shielding her family from the truth. But war will change Jolene in ways that none of them could have foreseen. When tragedy strikes, Michael must face his darkest fear and fight a battle of his own--for everything that matters to his family.

At once a profoundly honest look at modern marriage and a dramatic exploration of the price of war on an ordinary American family, HOME FRONT is a story of love, loss, heroism, honor and ultimately, hope.

Posted by Shoshana at 9:58 AM No comments:

Took all my children except Yoav. He had a school dance. I'm going to have him take his Lola to see this movie. It was a good movie and well done. Even my 8 years old was engage. He had read an MLK book Friday afternoon.
We have dentist tomorrow and I should call to cancel the piano lesson. 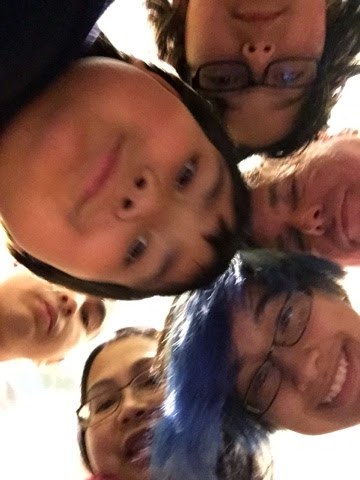 Posted by Shoshana at 1:48 AM No comments: